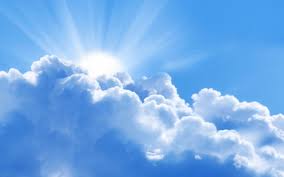 I did a Happy Writer’s Dance this morning:

“Annika Milisic-Stanley has created a masterpiece with this debut novel. This novel is a page-turner because you want to know every single thing that’s coming next, but it’s a novel you should take time with and really read and process the words, events and emotions. This is a book to buy in print which I eventually will so that you can share it with all of your female friends, sisters, cousins, nieces, or daughters. When a friend or family member is feeling down about their lives, have them read this nove

l and draw strength from the incredible Nargis, and remind them to count their blessings because they have boots for walking in the snow or warm water to bathe and wash their hair. This book doesn’t imply that the Tajik women have it worse than anyone else, but their strength and ability to move on is inspirational and moving. “The Disobedient Wife” is by far one of the best pieces of literature I have ever read. “

It was truly lovely to wake up this morning and find this review on my twitter feed.

Apologies, as I have been silent on this blog for a while, for a number of reasons. First, I have been doing NanNoWriMo, or at least, attempting it. Second, I have been busy writing short stories for various competitions and magazines, including adapting extracts from my second novel, ‘The Girl with the White Suitcase’ for publication. Third, we had a school holiday which necessitated that I take ten days off and travel with my kids to see my parents in sunny, stunning Dorset, UK.

Finally, the horrific, terrifying ramifications for the outcome of the American election left me quite speechless for several days as the news sunk in. I work with refugees, many Muslim, and I have lived my adult life overseas, in places where poverty and suffering are the norm. To think that many voters who chose ‘change’ did so out of desperation, opened my eyes to the poverty that exists in the developed world, the inequalities of access to education, jobs and ‘getting ahead’.  Documentary films on North American poverty are shocking, as much as the election of this right wing demagogue and his team.  The world waits, anxiously and mourns while liberal thinkers rush to apportion blame on each other for safe space liberalism, for urban bias and blindness to the needs of people they claim to represent – the underdogs.

This review means so much, I feel inspired, motivated and ready for the world again.  I do not know this reviewer, but she received an ARC in exchange for an honest review. Her words have lifted me at a moment when I really needed it.